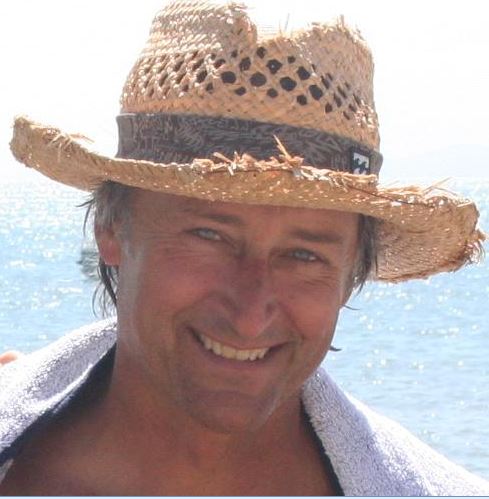 Tony began his art career in the early ‘80s after a brief stint in commercial advertising. He pursued his dream to work at becoming a fine artist and formed a partnership with a fellow artist setting up a screenprinting studio in Matapouri, north of Auckland.  Tony returned to Auckland in 1984 and set up a working studio in Campbell’s Bay, on the North Shore of Auckland.

In the late ‘90s he continued his career based in Takapuna whilst working on plans for a house and studio project at Bethells Beach, on Auckland’s West Coast.  He took residence in 2000. After 9 years on the rugged west side, in 2009 a new chapter began along with his young family in the eastern region of Gisborne, in his new home and studio overlooking Wainui Beach. His work continues to express the vibrancy, colour and authenticity that he’s known for, only achieved by someone who is in touch, in synch and fully entrenched in the lifestyle and beach life that is New Zealand.